The mood on the eve of the Rio+20 Earth Summit, two decades after the path-breaking conference, could not be more different. In 1992, leaders were hopeful of a brave new world founded on sustainable development, a catchphrase coined by the Brundtland Commission on environment and development some five years earlier. 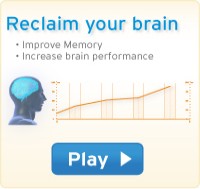 This time, after successive failures on the climate negotiations, beginning with Copenhagen in 2009 and Durban last year, the outcome is likely to be highly unambitious.

Over the years India’s role has shrunk due to its own predilections.  In 1992, an ebullient environment minister Kamal Nath excoriated the US for digging in its heels on the climate and biodiversity treaties.  Asked by an American journalist to explain India’s discomfiture with the failure of President George Bush Senior to sign the treaties, he quipped, famously, that it was “all about Bushes and Quayles” (flora and fauna)!  Things reached such a pass that the White House called Prime Minister Narasimha Rao and asked him to restrain his outspoken minister.

In Copenhagen and after, environment minister Jairam Ramesh was in fine fettle. But by then, thanks to heavy doses of neo-liberal policies articulated by the State and pushed by this country’s elite, India chose to stand solid as BRIC, as the coalition of “emerging” Brazil, Russia, India and China was christened. It veered from the G77 developing countries, of which it was the spokesperson in 1992. Now the acronym has been pluralised with the inclusion of South Africa. This has suited the global North, which has weaned away the “least developed” and “most vulnerable” nations as being the only potential recipients of aid.

Jayanthi Natarajan is a novice as a successor and it is widely accepted that Ramesh was removed because of obstacles he put in the way of huge steel and mining projects, at least temporarily. She, like Ramesh before her, has waxed eloquent in Delhi about reaffirming the Rio principles and that all development has to hinge on “common but differentiated responsibilities”. Once in Rio, she may well cave in to pressure, just as Ramesh did at the infamous concluding midnight in Copenhagen.

The Rio+20 Earth Summit has a broader canvas than climate, although the latter is the most crucial component of any sustainable development strategy. United Nations (UN)  Secretary-General Ban Ki-moon has admitted that the progress has been “painfully slow” even while distinguishing between a treaty and a political commitment in Rio. Critics like Jeffrey Sachs of Columbia University have made no secret of their concern that all goals are being whittled down. The 193 countries which assemble at Rio — including heads of State, like our own — may not be able to agree on another broad set of targets like the UN Millennium Development Goals, the deadline for which is 2015.

International NGOs have voiced their alarm that the summit looks like going nowhere. In Copenhagen, the midnight “accord” had BRIC delivering the secret deal, with US President Barack Obama as midwife. Even so, the funding expected of $30 billion between 2010 and 2013 from industrial countries has not materialised. This makes the goal of reaching $100 billion — though how much is private investment is not clear — by 2020 even more elusive. As for any compulsion on industrial countries to cut their emissions, as prescribed by the Kyoto Protocol, the first phase of which expires this year, it is simply not on the horizon.

One of the key concepts being floated in Rio is the “green economy”, which Natarajan has rightly opposed. There is every danger that this is “greenwashing” for embracing a range of products and technologies which, once again, will be provided by the private sector in the North. Ban Ki-moon has himself  admitted that Rio is a different kind of UN conference with more than 2,000 CEOs from all over the globe and about 600 side events that will focus on private industry and forming public-private investment partnerships.

The theoretical underpinning of the greening of the world is a 631-page United Nations Environment Programme (UNEP) December 2011 report titled, ‘Towards a Green Economy: Pathways to Sustainable Development and Poverty Eradication’. Its lead author was none other than an Indian, former Deutsche Banker Pavan Sukhdev, who  headed UNEP’s ‘The  Economics of Ecosystems and Biodiversity’ initiative and also runs an NGO, Green Indian States Trust.

While putting a price tag on nature is by itself not dangerous, it can prove to be if it commodifies its products and services.  The South is concerned that there should not be a global pact on a green economy. It should be able to choose its own development path. Equity demands, above all else, sustainable consumption and production in the North.  If the globalisation of world economies has caused not only the financial crisis but brought the environment to the tipping point, it can hardly be expected to set things right.

Rather than play around with carbon credits, ‘clean tech’, ‘smart financing’, and ‘investment-grade’ and other such financial products, the capital market has to be reformed not only to make it resilient but to address the needs of the economy and protect natural capital. Otherwise, instead of the ‘polluter pays’ principle, it will amount to paying the polluter.

Darryl D’Monte is chairperson, Forum of Environmental Journalists of India

The views expressed by the author are personal